Gustav Klimt was born on 14 July 1862 in what is now the XIV Vienna district of Baumgarten, the son of a gold engraver. In 1876 he began his studies at the Vienna School of Arts and Crafts. 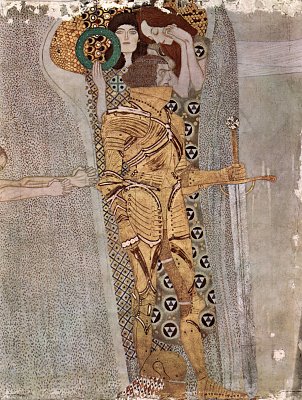 His artistic career was initially influenced by Hans Markart, which was particularly evident in his first commissions for theatre decorations and ceiling paintings.

Around the turn of the century – Klimt was in the process of creating wall and ceiling decorations for the university – he developed a new, flat-ornamental, decorative style in which naturally reproduced details of the body forms were combined with abstract, colourful, precious, mosaic-like surface patterns. His clients protested decisively and a legal dispute broke out. Finally, in 1905, Klimt was allowed to keep the designs to himself for a refund of his fee.

During the same period he was active in the Vienna Secession, of which he became a founding member in 1897, and of which he was the first president. In 1902 Klimt also made the famous Beethoven Frieze for Josef Maria Olbrich’s Secession building, which can still be seen today in the basement of the building. In 1905, however, Klimt left the Secession with a group of like-minded people because of conflicts with the naturalistic wing of the artists’ association. 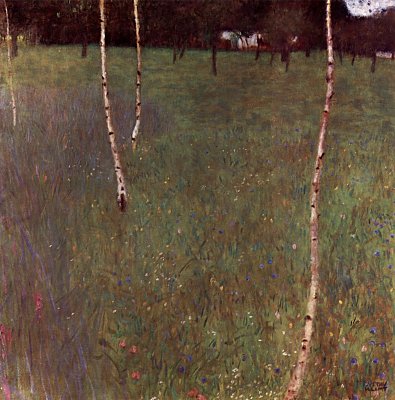